Looking for a unique gift for that special someone? We are conducting a holiday auction of one very special item. This limited edition serigraph has a beautiful history and rich symbolism. This unframed print would show nicely in a home, office or dojo. 100% of the proceeds of this auction will benefit our building fund. Auction will end at midnight on December 23rd. 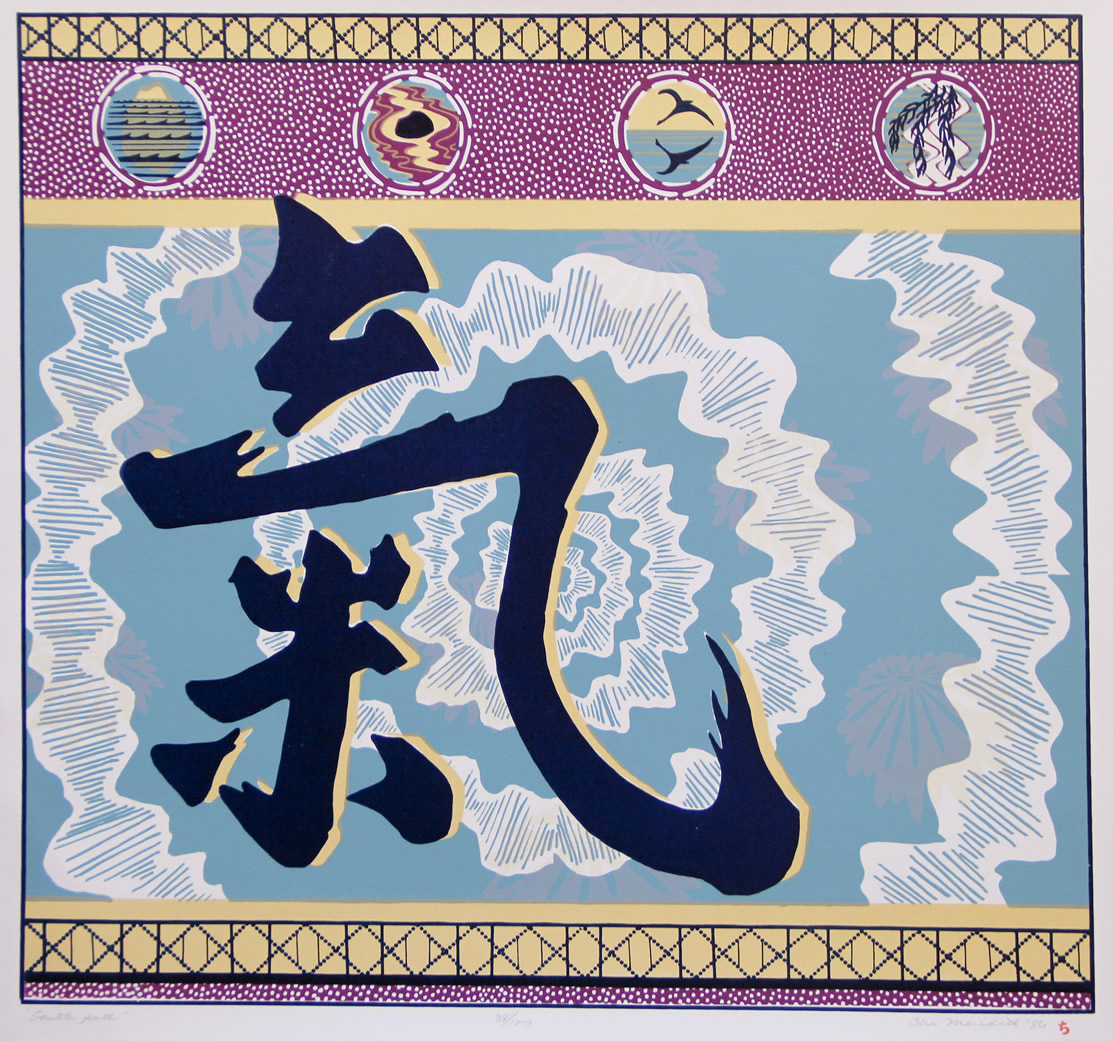 This serigraph is called "Gentle Path" and was created by the artist to reflect her personal interpretation of the path of Shin Shin Toitsu Aikido as taught by Koichi Tohei Sensei and practiced by the Oregon Ki Society. Originally, the funds raised by the sale of this limited edition went to the Oregon Ki Society building fund to help establish the first fully-owned Aikido dojo in the West. At that time, a location had already been picked just South of Portland, and the plans were well underway for construction.

According to the artist, Aikido utilizes the co-ordination of mind and body through one's natural movements and the Ki (energy) of the universe. 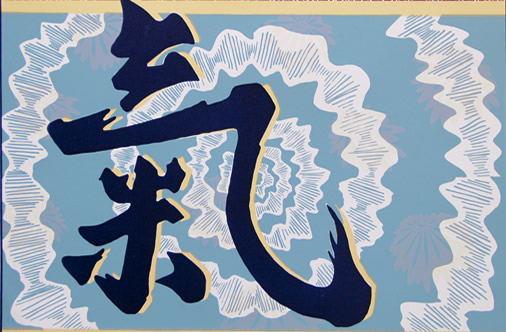 The calligraphy in the middle of the print is the Japanese symbol for Ki. The waves radiating out from the middle, which converge at a point halfway between heaven and earth in the Ki symbol, represents the way meditation is practiced by imagining the universe is shrinking by halves to the "one point" in the body, a point below the navel. The chrysanthemums are the national flower of Japan and represent the underlying Japanese form in the training philosophies and courtesies. Above are four medallions, each portraying a metaphor for some of the concepts in the art.

On the left is the iceberg, representing the untapped potential in each person and the desire to use the whole conscious and subconscious in ourselves.

The second is the immovable rock in the river, where the water flows around the rock and continues along its path without disturbing the calmness and power of the rock.

The third is a perfect reflection of a bird on the water representing our desire to attain a calmness of mind that reflects truly what is happening around us.

And lastly, the fourth medallion is the wind in the willows, representing the ability to move only as much as the surrounding disturbance requires.

Chi Meredith trained in the Corvallis Dojo for many years. Training with Senseis Pat and Jake Nice, and Bill Peterson, she attained Shodan (black belt) and became an instructor as well after many years of dedicated training. Always a conscientious and hard working student, Chi created this print to help raise funds for the first dojo built by the Oregon Ki Society. We know it today as Takushinkan Dojo in Tigard.

Chi's professional artist career has spanned decades, and continues to work and appreciate universal principles from her home in Corvallis, Oregon.

Thank you for your support! 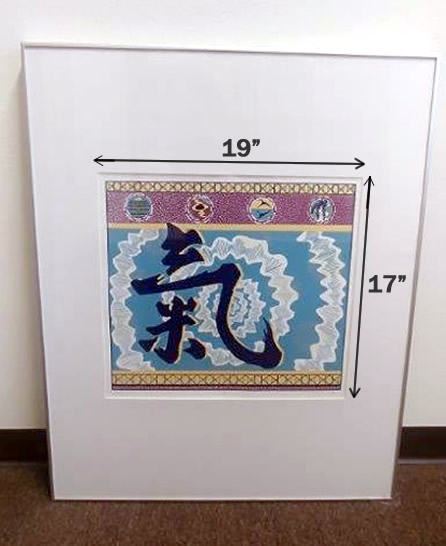